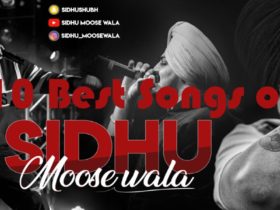 Hey! Are you searching for fresh content to watch? Chinese Drama would be perfect for you. Yes, you read it right. They have been becoming extremely popular because of their spicy, romantic, and thriller storylines, visuals, and whatnot. Isn’t it?

Well, if you have no idea what are the best dramas to watch. No need to worry anymore. We have come up with a solution. So, be ready with your cozy place, some popcorn, and drinks. From romantic stories to historical plots to thriller ones. Here, we have compiled a list of the 12 Best Chinese Dramas you would like to watch. Let’s dive deep into why these dramas are becoming popular.

Nirvana In Fire is a Chinese historical drama released in 2015. It is based on the book Lang Ya Bang(Hai Yan). It won the prestigious Outstanding Television Drama Award at Flying Apsaras Awards. The drama depicts the story of Lin Shu, who returned after twelve years to get justice for his family.

Eternal Love is a Chinese television series released in the year 2017. The series is based on a novel of the same name. Yang Mi and Mark Chao are the lead characters in the drama. It is one of the most popular and successful series.

You Are My Glory(2021) is a popular rom-com series. It portrays the story of Qiao and Yu Tu. Qiao became an actress and she met her high school crush Yu Tu. Both fall for each other while playing the “Honor of Kings” game. Yang Yang and Dilraba Dilmurat played the main characters in the series.

The Untamed is a popular Chinese drama series based on the novel Mo Dao Zu Shi. It was released in 2019 starring Xiao Zhan and Wang Yibo. The drama series tells the story of two soulmates who are trying to solve a mystery that is related to a past incident. It is one of the highest-viewed Chinese dramas.

Go Ahead is a family drama series released in 2020. It aired on iQIYI in multiple-language subtitles in the same year. The story revolves around three friends Li Jianjian, He Ziqiu, and Ling Xiao. They become each other’s family and face phases of life together. Will they be able to reunite after their relationship fades out? Watch out to get the answer.

Lighter and Princess is a 2022 Chinese drama series. It is actually an interesting story of a straightforward boy Li Xun and a cute girl Zhu Yun. Li Xun seems like a strange guy in college who doesn’t believe in love. They always fight like crazy. Eventually, they fall for each other but who knows a storm is coming to mess up their lives.

7- Put Your Head On My Shoulder:

Put Your Head On My Shoulder is a coming-of-age rom-com drama. In fact, It is inspired by the novel of the same name. It was released in the year 2019 starring Xing Fei, Lin Yi, and Tang Xiaotian. The series depicts the romantic love story of an accounts student As Si Tu Mo and a physics student Gu Wei Yi.

8- Love Between Fairy and Devil:

Love Between Fairy and Devil is a popular Chinese drama series. It was released in the year 2022. Yi Zheng directed the series that is based on a novel of the same name. This series implies that your one wrong karma can turn your life upside down. Want to know how? Watch the series, you will better understand.

One and Only is a Chinese romantic television series based on the novel Yi “Sheng Yi Shi Mei Ren Gu”. Ren Jialun and Bai Lu played the lead roles in the drama. It is an enthralling love story of a commander and a princess. Despite having drastic situations, their love for each other remains the same.

Love O2O is a 2016 Chinese television series based on Gu Man’s novel of the same name. It stars Zheng Shuang and Yang Yang in lead roles. The series is one of the most-watched Chinese modern dramas. It depicts the story of a university student who wants to become an online game developer. Meanwhile, she became a friend of her senior unknowingly and fall for him.

Go Go Squid is a renowned Chinese drama series. Li Jingrong and Xiang Xujing directed this series. It was the most streamed series and the best domestic Chinese TV series in the year 2019. Go Go Squid depicts the story of a cybersecurity pro and an excellent computer science major. They fall in love and later compete in an International competition.

“Well Intended Love” is a 2019 Chinese television series. The story focuses on actress Xia Lin who has leukemia. In order to get a bone marrow donation, she signs a marriage contract with the smart, young CEO Ling Yi Zhou. Interestingly, they fall in love in spite of all conspiracies.