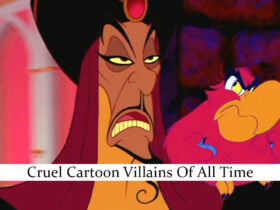 Amazon Prime Video may not feature new material as frequently as the other top streaming platforms, but when it does, the shows are always of the highest quality. So, you may have thought about which is the best series on Amazon Prime.

But before that, Amazon has a long history of producing original entertainment, ranging from The Boys to Hunters. However, Amazon Prime Video also has a large selection of network programming.

While some series require a separate subscription to a network such as PBS or Showtime, there are a few that can be seen with only an Amazon Prime membership.

However, sorting through everything to discover them may be a time-consuming task. That’s where we come in because we’ve already done the legwork.

So, here comes the list of some available best series on Amazon Prime.

This pleasant and truly amusing sitcom about a group of friends living their lives in New York City stars a few known faces. It’s largely about Ted Mosby’s narrative, which is recounted by his character, and it’s about — you guessed it — how he met his wife. You’ll like the rapid pace and lovable characters because there are nine seasons to go through. One of the best series on Amazon Prime.

The Expanse, a sci-fi series based on the same-named books, is full of topics that should be present in any excellent show, as well as some amazing space sequences. In the future when mankind has colonized the solar system, a series of groups occupying various planets separate themselves from one another and discover new reasons to fight.

A Very English Scandal, a depiction of a political dramatic event in the 1970s that is terrible and filthy with a tone of comedy based on the sheer ridiculousness of it all, is a BBC miniseries.

Jeremy Thorpe’s (Hugh Grant) political career is endangered by blackmail from his gay ex-lover, to which he answers with careless violence and threats, which is based on a true event. One of the best series on Amazon Prime.

Dexter, a crime/drama mainstay, is a dark and brutal narrative with a compelling premise. Dexter works as a blood-spatter analyst for the Miami police department during the day to hide the evidence of his other life as a serial killer with an ostensibly noble motive.

This guy is interesting and entertaining to watch as he tries to be friendly during the day and alert at night, promising that he will only murder persons who have been killed.

When things don’t go as planned, what do you do? Normally, we’d call it a disaster, but it’s everything but in Catastrophe, things are different. During a business trip to London, an American called Rob accidentally gets Sharon, an Irish lady, pregnant.

This beautiful mishap resulted in the birth of a family for two strangers. But don’t worry; it’s amusing from beginning to end. One of the best series on Amazon Prime.

Mrs. Maisel is a devoted housewife from the late 1950s who also happens to be rather amusing. When her life gets too much for her and her spouse begins to drift apart, she chooses to pursue a career as a stand-up comedian. Despite adversity after adversity, her skill shows through, and she gradually rises to recognition.

If you want a little comedy, a little imagination, and a little heaven and hell, Good Omens is the flick for you. From the viewpoints of angels and devils, this miniseries tells the story of a botched Armageddon. One angel and one demon, in particular, discover that despite their differences, they make excellent companions.

Red Oaks is a great tribute to iconic 1980s coming-of-age comedy that doesn’t rely on sloppy callbacks or costume jokes, and it may at first appear to be an attempt to capitalize on our nostalgia for Caddy Shack. When David Myers, a college student, joins up to work as a tennis coach at a New York country club, he falls for the club president’s daughter, of course. One of the best series on Amazon Prime.

Undone, maybe one of the most intriguing types of media seamlessly blends traditional cinematography with animation. A young lady discovers that she has a new and unusual connection with time after surviving a near-fatal vehicle accident. Surprisingly, it’s her deceased father who shows up to assist her in dealing with the situation. If you’re seeking more, check out our list of the greatest animated programs on Netflix.

Amazon’s version of the newest Tick series features a humble young guy named Arthur, a regular office worker with no ambition and very few aspirations in life. But when Arthur meets the Tick — who may or may not be a true superhero, depending on how you look at it — Arthur begins to see himself as a hero. This TV show is predominantly a comedy, thanks to Peter Serafinowicz’s hilarious portrayal of the main character.

Death will no longer be the end of humanity’s existence in the not-too-distant future. Nathan Brown has the option of choosing whatever afterlife he wants to live in if he dies prematurely. But there are drawbacks to this virtual environment, and as he adjusts, he begins to suspect that his death was not an accident. One of the best series on Amazon Prime.

What happens when superheroes are actually masked corporate criminals with superhuman abilities? The Boys, an Amazon original series, delves into this topic. After losing his sweetheart in a drugged-out heroic accident, Hughie Campbell finds himself on the opposite side of these strong “heroes” with a gang attempting to dismantle the corrupt system once and for all.

So, these are some of the best series on Amazon Prime.